During the 2018 academic year, we inaugurated a biannual “Pioneers in Cardiology” lecture series. This lecture series has been generously funded through a grant and continued through the generosity of Daniel and Hedy Whitebook and family.

The program focuses on bringing preeminent thought leaders in the cardiovascular field to the University of Miami / Jackson Memorial Hospital medical campus. The elected pioneer delivers a grand rounds lecture and will meet with faculty and fellows during their visit in small group sessions. In preparation for the visit, the fellows will have an evening journal club to discuss some of the guest lecturers seminal and most influential works and will prepare a series of questions and discussion points to address during his/her visit. The educational purpose of this lecture series is to learn from the giants in our field both from their clinical expertise and proven academic career success. Past lecturers include Dr Eugene Braunwald and Dr. Melvin Sheinman, and a full list of our invited pioneers is listed below.

The Pioneer in Cardiology lecture was delayed for two years secondary to the COVID-19 pandemic. In June 2022 we were happy to welcome Robert O. Bonow MD, the Goldberg Distinguished Professor of Cardiology at Northwestern University Feinberg School of Medicine, Master of the American College of Cardiology, and past president of the American Heart Association to the University of Miami Miller School of Medicine medical campus to reconvene and reinvigorate our bi-annual lecture series.  Prior to his visit, Dr. Bonow sat down for a Q/A session with our co-chief fellow Laura McDermott, MD to reflect back and answer some questions on his pathway in medicine and illustrious career. A brief transcript and highlights of this conversation follows. 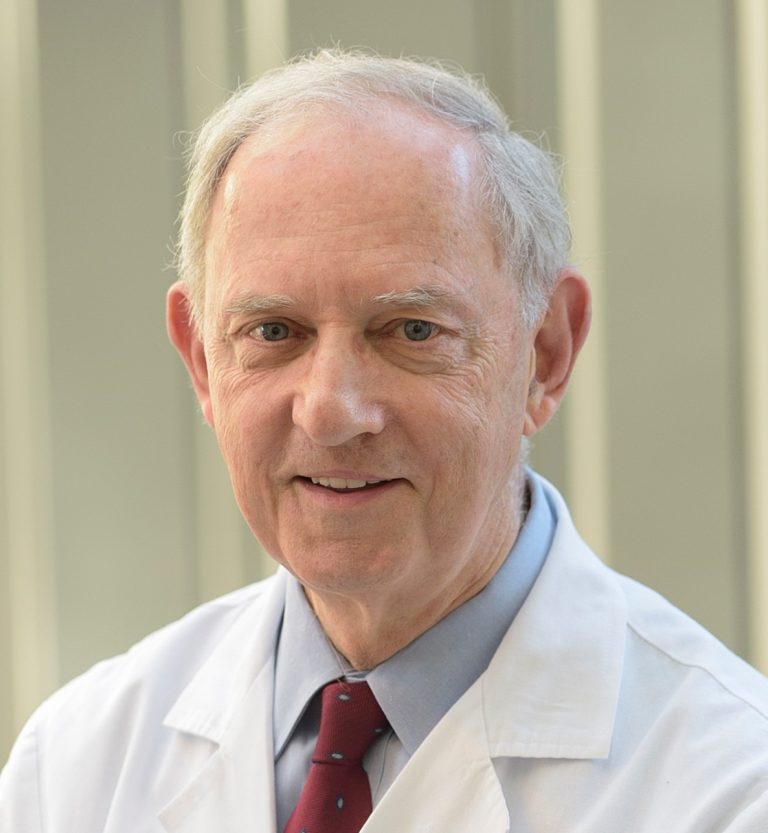 Q: You have had a very long and impressive career thus far as a researcher, a clinician, and a leader in our field. What would you say were some early career choices or influences that shaped your career? Were there any key turning points along the way? Who were your mentors?

A: My career has not been a straight line for me, just like it isn’t for anybody. You are told to focus and get a mentor, keep your eye on the target. But if you have your eye on the target fixed too intently, you’re not using your peripheral vision, and you don’t pick up on other things that might come along and create forks in the road. Everyone’s career goes through peaks and valleys, being aware of that is important.

I wasn’t sure what I wanted to do in medical school, but I liked Internal Medicine. As a resident, I still was not entirely sure what I wanted to do, but I always had an interest in cardiology because I have a background in chemical engineering. I’m sure my choice in cardiology is similar to everyone else who makes the same decision- cardiology is an interesting subject, I enjoyed the patients and interactions with faculty, fellows, etc. that made me realize they are interesting people and I could be like them. Once I was on a cardiology rotation, I started to connect all the dots. Instead of applying to fellowship, a good friend was applying to the NIH and suggested that I do the same. The day of my interview as a young resident I sat in a room with incredibly accomplished and famous clinicians such as Dr. Frederic Bartter (as in Bartter’s Syndrome). They looked at my CV and saw papers on genetics from medical school, so the entire time I was just asked about genetics. I didn’t even get the chance to tell them that I was interested in cardiology. I somehow did well enough and was accepted.

As a senior resident at UPenn getting ready to go to the NIH, there was a new attending (who I won’t name) at the VA hospital who recently came from the NIH, so I asked him who I should work with. He told me there were multiple things to do there, but that I should not to get involved in those “aortic valve protocols.” I was a little disappointed, because I was actually interested in aortic stenosis and aortic insufficiency. Once at the NIH, (Dr) Walter Henry Jr was my attending on the clinical cardiology service. He became a good friend and a good advisor. He mentioned to me that he had data on AS and AI on echo (which was a new field at the time, we only had M-Mode), and data to assess LVEF, and I got involved in analyzing data of imaging in the early stages, reading nuclear angiography, echo (which was really only good at determining LV size at the time). (Dr) Steve Epstein was also another one of my early mentors there at the NIH. Who your mentors are and what interests you really shape and influence the decisions you make, but it is also important to know what advice to listen to, and what to ignore.

While I was working at the NIH, through frequent publishing and lecturing, I had opportunity to join the writing committee at the AHA. I was told not to take that position as it would distract me from my research, but I decided to take that opportunity anyway. I ended up chairing the writing committee, and over time moving up the line, being put on the board and eventually serving as president. This opportunity led to meeting many interesting people, and I ended up there without ever planning to become president of the AHA.

I only planned to do 2 years at the NIH, and ended up doing 16 years. Then at some point I had a shift in my career and life. At this point I had a family with kids and we needed bigger house. I was publishing often, speaking at a lot of conferences and meeting new people, and so several opportunities begin to arise for other jobs. Some good advice that I had at that time from mentors was to continue to keep working, and the job offers will only get better – and they did. My wife convinced me to take a look at Chicago and to consider an offer at Northwestern. I was impressed with the chair of medicine at the time who recruited me, (Dr) Lewis Landsberg, who was initially from Beth Israel when (Dr) Braunwald was the chairman there. I agreed on a handshake to come, and the contract came later. That offer came 30 years ago.

Q: How did you come to focus primarily on patients with hypertrophic cardiomyopathy and valvular disease?

A: In the mid to late 70’s-80s, before PCI, the treatment for an MI was bedrest. So not much was going on there. I thought I was interested in EP initially, but at the NIH there was not a lot of EP, so I got involved in imaging. There, the patient population was very interesting. Most patients came in for a research protocol. They arrived on Saturday and Sunday, got worked up, then Monday-Tuesday-Wednesday underwent diagnostic testing, Thursday was cath conference, and Friday the surgical conference. (Dr) Andrew Glenn Morrow, who invented the Morrow procedure for septal myectomy, was there.

The first HOCM patient was sent by (Dr) Braunwald to (Dr) Morrow initially for an AVR.  This was before echocardiograms, and diagnosis was made by physical exam and by hemodynamic assessment in the cath lab. But once the patient was in the OR, (Dr) Morrow said the valve was normal. He called (Dr) Braunwald up to tell him that there was nothing wrong with the aortic valve, and that he must have made a mistake. Later on, (Dr Morrow) called (Dr Braunwald) to tell him that the pressures were measured and that there was in fact a huge gradient. That’s when they started looking into this new diagnosis.  So, there was a long history of studying HOCM at the NIH, which is how I got interested in those patients.

That brings me to give another piece of advice- you can’t hang your hat on technology. You can only rely on the physiology and the clinical stuff because technology changes.

Q: What drives you to spend so much time dedicated to advancing the field of cardiology and to teaching others?

A: There is a certain satisfaction that you get out of your work, and an inherent drive. I also see myself as competitive, like I’m sure most of us in medicine, and that has pushed me to keep producing. But it is important to maintain a balance between your personal life and professional life, although it is very tricky to do so- spending enough time with family, enjoying hobbies. How do you balance your personal life and your addiction to this field? That’s a very difficult question.

Q: What aspirations do you have for the future?

A: I’m still seeing patients with fellows, still immersed in clinical work. That’s the great part of working in academics, young people teach me as much as I teach them. I may be at the tail end of my career, although Braunwald is still going strong in his 90’s. I’m still occupied working on JAMA Cardiology. But I still enjoy seeing patients, writing and editing. I also plan on producing another textbook edition.

Q: Do you have any other advice for early career cardiology fellows?

A: Careers always have peaks and valleys. When you are in a valley, you have to reinvent yourself, so it is important to be in an environment where reinvention is possible. It’s also all about meeting the right people and being at the right place at the right time.

Also have lots of mentors, but filter the advice you get even when you have good mentors. Ultimately, you are the one who has to make the decision that corresponds with what you are interested in.

And lastly, success doesn’t necessarily come to the brightest. Success comes to the people who don’t give up. You get a lot of rejections (especially in research), people don’t like your ideas, but those who are persistent will be the most successful.

Prior Pioneers and Lecture Series / Events

The next, upcoming Pioneer in Cardiology lecture will occur in the Winter 2022-2023.